So much for my brief foray into the realm of Country music! I suffered a bad case of total culture shock, and am back to listening to Classical music, Christian Contemporary, Classical Crossover, Jazz, Folk, and last but soitenly not least: POLKAS! I'm not saying that Country music is bad. It's just not what I grew up listening to much of. I'm sure there are plenty of you all who think my passion for polkas is totally shlocky. C'est la vie! So sue me! Ha ha ha! *grin*

Also, I saved up my pennies and bought a Roku HD streaming media player for my bedroom TV a couple of weeks ago, and while I don't usually watch all that much TV (often less than an hour per day, if even that much - I'd rather listen to music or read a book), I do love my Roku. So far, I have installed 30 channels out of 600+ plus available from the Roku channel store (most of which are free of charge).

So far, my favorite channels are:

*CatholicTV (Boston Catholic TV, America's Catholic TV network)
*EWTN (Eternal Word Television Network - the Global Catholic network founded by Mother Angelica)
*Netflix (the reason why we need to get another Roku for the living room television, so my dad and I can watch Andy Griffith, Dick Van Dyke, and other such classics)
*Acorn TV - the Best of British TV - things like Poirot, which just began in Season 10
*TuneIn - another reason why we should get another Roku (for the living room TV) - radio stations from all over the world. I especially adore the German music stations, of which I have about 20 favorites. You would not believe how the nation of Germany, while approximately the size of Wisconsin, USA, contains so very much musical talent in so many different "flavors" of music.
*Amazon Instant Video, for when I can only find Jeeves & Wooster on Amazon and not Netflix
*Amazon Cloud Player, for when I feel like listening to all the music in my Amazon Cloud account (things I've uploaded from CDs I own)
*Other family friendly stations (you beloved Southern Baptists can look for a channel or two for your faith as well!), as well as including Old Time Radio programs, and Cowboy movies, PBS (just don't trust PBS when it comes to history too much - they "try to rewrite the books when nobody looks" as Bob Halligan Jr. of Ceili Rain fame put in his song "Right on the Money", but they are very cool with cooking and crafts programs), the Smithsonian Channel, and more.

Sure beats the $80 plus a month we were paying for a basic tier of cable through Charter Communications eight years ago before we cut the cord on them. Sure, I pay for Netflix (under $9 per month) and Acorn (under $3 per month), but it's such a good deal - and NOT A SINGLE COMMERCIAL and I can watch what *I want, WHEN I want! So there! :P It only cost me $60 plus tax for the Roku HD player itself, at "Tarzhay" (as my dear Momsie calls Target). You might be able to get it for less from Amazon - no tax, and free shipping.

So, Lord willing, I am set for if/when colds and flus happen to me this year - which could indeed happen anytime soon. Last year around this time I was on my third head cold of the summer and on my way to the flu.

***
Anyway, we have a secondary cold front moving through overnight and on Friday morning we'll be down to the lower 40's Farenheit again. I will be out on the patio in my flannel jammies sipping Eight o' Clock Arabica coffee, filling up the bird and suet feeders, and reveling in bird symphonies (LORD WILLING!!!). We were foolish and left the bird feeders outside last night/this early morning, and it's about time for the bear to return. I really like my main bird feeder, and would hate to see it demolished by another 350 to 400 pound black bear!

I AM LOOKING FORWARD TO REAL AUTUMN WEATHER AND TO A GOOD ROUND OF HARD FREEZES! YIPPEEEEEEEEEEEEEEEEEEEE!!!!  *Chris does Happy Dance and Myposian Dance of Joy (for you fans of the 1990's television comedy Perfect Strangers :))

Time for me to head to morning devotions before the neighborhood comes awake for the day. Yesterday was a sleepy, tired, exhausting allergy day, and I hardly had my wits about me awake enough to pray. Drives me bonkers and unfocused when that happens. I don't know about you folks, but I really need Jesus. He is my Everything. If I lose touch with Him, I get lost... very, very, VERY lost. :(

God bless you all, and please know that I continue to pray for everyone who ever visits here or who ever at any time in the past visited the old blogs. I still kind of miss Xanga. I miss the Xanga pulses. Maybe there is some kind of Blogger app I can put in my side bar for chit chat like pulses. I'll try to look into that later today, Lord willing. I also have work to do on the saintlyquotations.com blog and the Catholic Christian Prayers blog. I have been hording up quotations and prayers - an embarrassment of riches!

So much more to chit chat about in the near future. Thanks so much for dropping by and visiting with me for awhile. 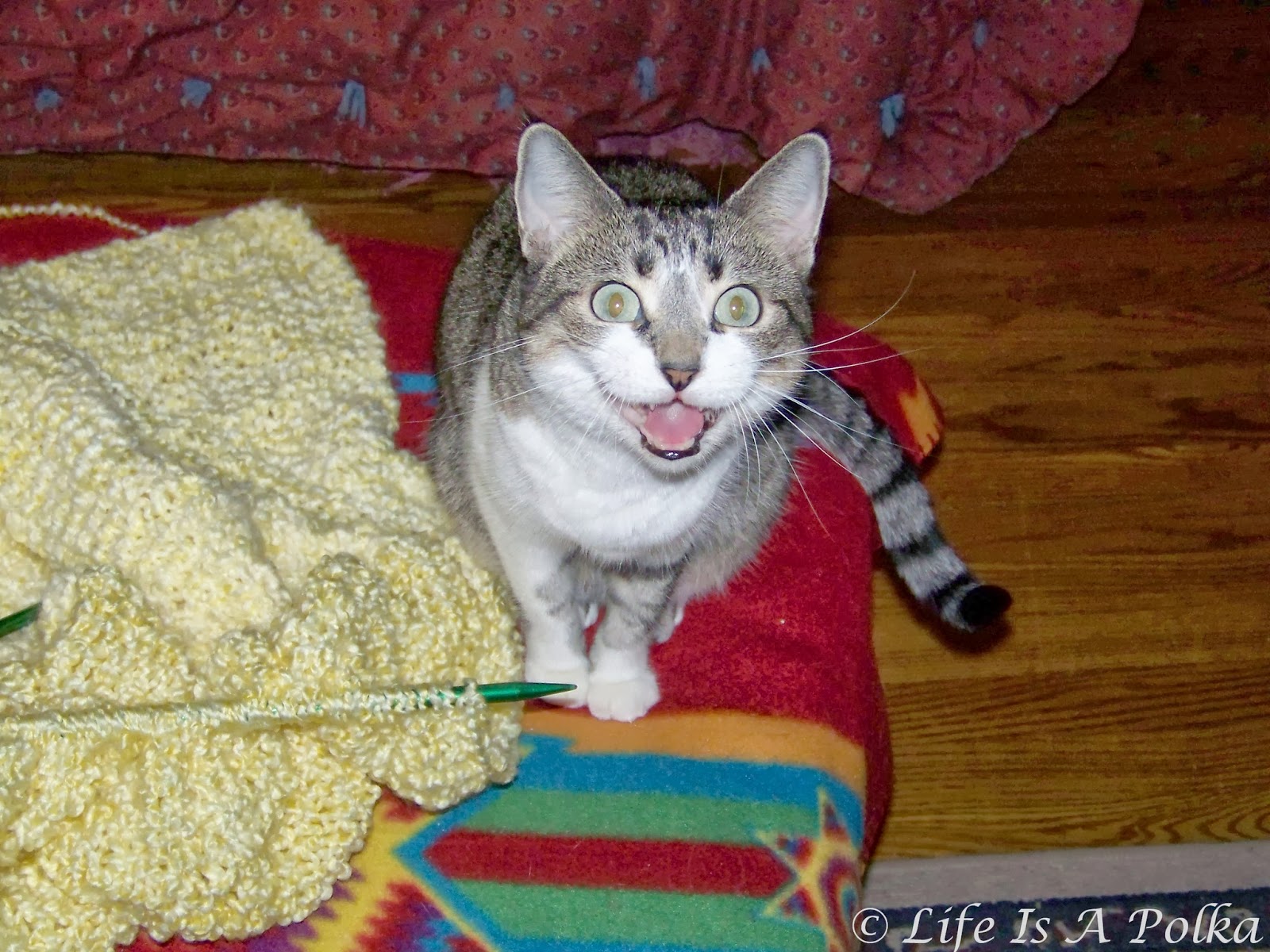 PS: This is Maggie McGee! She just celebrated her 12th birthday a week ago today. She is such a precious little friend and fur child. Would that everyone in the world had as nice a kitty as she is. Maglet is such a delightful little "purrson". *grin*