The Present Is a Gift: Depression Busters

It's been a wicked bad month since last I blogged. My gratitude muscles are sagging and weak. I have spent too much time dwelling on the past and worrying about the future and not enough time celebrating that the present moment is a gift.

As someone from the prayer group last year said: "Sometimes we live more like practicing atheists than like practicing Christians." Mea culpa, mea culpa! Through my fault, through my fault, through my most grievous fault. God forgive me! God forgive all of us. It seems to have been infectious. Failure to have faith and hope in the Lord almost always begins with lack of gratitude to Him for the ways in which He has blessed and provided for and rescued us in the past - and present.

So, without further ado, I post my thanksgivings for the present moment in the hopes that my sacrifice of thanksgiving will delight my Heavenly Father's heart, and that it will bring a spirit of contagious joy to my readers.

* Even though the deer (plural!) which roam my yard and who gobble flowers (to the tune of $150 worth so far), my dear little cat Maggie finds their late night culinary antics very, very entertaining. As Maglet suffers (and I DO mean suffers) intense pollen allergies May through September despite being given antihistamines, at least this summer she is getting some major kitty joy out of our yard visitors. She now cat naps on the sofa in her glorified bachelorette pad (the living room with the biiiiiiiiiiig picture window) between watching the late show and the late late show of the snacking adventures of the deer. She is exhausted from so much viewing fun that morning through early evening find her all zonked out at my feet on my bed. So much for bird watching!

* My dad and I, however, enjoy the birds. We feed them even in summer and are rewarded with early morning cardinal concerts and stand up comedy from the chickadees. Good "musical" tonic for any depressed and ill person. The robins don't sing in central Wisconsin this time of year, but the cardinals get up about four'ish a.m. and have at it to sing the neighborhood happily awake.

* The chickadees are some of nature's comedians. Have you listened to them closely recently? They always sound like they are enjoying telling and listening to each others' jokes! It's really quite amusing. Chickadees don't sing only in the spring and summer; they sing in the winter as well. They look so cute and chubby at the main bird feeder outside the living room window. I'm glad to provide them with bird feed (have you all noticed how very much the price of even just wild bird feed has gone up this year?! Eek!).

* Speaking of droll little creatures, we have been adopted by a raccoon. He adopted me/us on the night of Mother's Day. He too entertains Miss Maggie. Alas. We cut off their through the window romance as soon as I read on one of my email prayer group's prayer request list that a certain family's cat was attacked and badly injured by a raccoon. Our little Maggie NEVER goes outside - not even with a harness and leash - unless it is in her pet carrier to go to the ever dreaded v*t's office for sh*ts.

I digress. We named the raccoon "Elmer" after Ellie May Clampett's pet raccoon on the first few seasons of The Beverly Hillbillies. May my mom NEVER find this out. Her father's name was Elmer, too. The resemblance ends there (except that like my grandfather, Elmer the raccoon is addicted to bread). Elmer the Raccoon is fat, sleek, and very, very sassy.

* Okay, so $150 worth of pink impatiens and $20 worth of pumpkin plants were devoured by the deer. But, at least I had them to enjoy for awhile. And at least we didn't lose nearly as many flowers and plants as Mr. and Mrs. P across the back yard did. I would be very cross if the deer had eaten my prize hostas. I was wondering wtf I did wrong to have the deer sate themselves on my beautiful pink posies, when Phyllis, my hair stylist told me that last year the deer snarfed up all of her impatiens as well - despite the old folklore trick of putting human hair around the plants (ewww!). So, at least I'm not alone. And at least I know better than to plant impatiens next year!

* At least my eight planters full of bright pink and dark purple Wave petunias are still in good form! And mercifully, when I've been too ill to water them, the Lord has sent rain at just the right times. Great job, Lord Jesus! Thank You!

* I have gone from stomach flu, to migraines from Hades, to fierce fibromyalgia flareups, to a return to my seizure-like episodes with bad CFS, to catching a nasty viral infection in the past month. Right now, I'm dealing with the nasty viral infection. I think from now on, I'll avoid the Dollar Tree. Too many little kids with coughs. The place is a germ trap. Don't get me wrong: I think children are precious and beautiful and gifts from God. But their germs - ugh. I have a compromised immune system. From now on, I'll either order from Amazon or send my dad to do my retail therapy. The kids' parents have a right to take them shopping with them.

I DIGRESS YET AGAIN! But despite my illnesses these past weeks, it's still cause to be grateful, ala Psalm 103 "He heals all of your diseases". Thank You, Heavenly Father, for healing me of the stomach flu, for relieving my migraines and the fibro flare, for giving me peace about the seizure-like episodes, and right now, a great, big, gigantuous "Thank You!" for the gift of extra strength Tylenol which relieves the fever, and even more wonderfully, by relieving the fever, helps me to realize that I am going to be better eventually.

* I am also thankful once again for audio books. The past couple of weeks or so, I have been listening to Frederick Davidson (a gifted narrator of both Wodehouse and Dickens) perform the Charles Dickens novel Dombey and Son. It's about a 37 hour book (unabridged is my preference; I'm always feeling cheated by abridged audio books). It would be a very good listen for parents of "trophy children".

* Speaking of audio books, I got a new Sansa Clip+ 8 GB mp3 player for a song (pun intended!) from Amazon, and yes, it works perfectly well. I've had it a week and I love it. Sansa is one of the few models which the State digital library will allow patrons to use to transfer audio books to from the OverDrive software of our computers.

Well, I've got more to be grateful for - things of greater worth than the tidbits here, but I fear this entry is way, way too long already. A note to my Facebook friends: I don't check the email inbox for my Facebook email notifications and messages. One of these days, I'll go through the inbox, but not now. It's all I can do to meet the basic daily responsibilities. I'm sorry. Maybe we'll email someday?

Blessings on each of you from above this day and this entire week. I still pray for everyone who ever read the old blogs, and for those who visit the new! If you can find it in your heart, please pray a two second prayer for me, too. It's been tough since early July. Thank you soooo much!

Much love in Jesus! Hugs in the Lord to each of you! 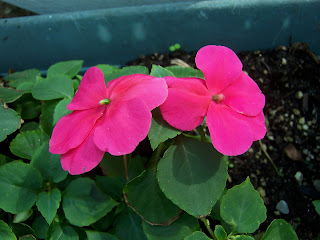 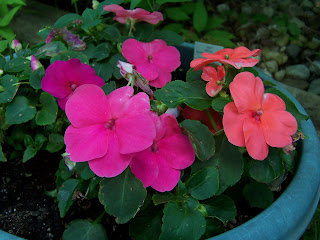 Posted by Miss Chris at 4:00 AM No comments: